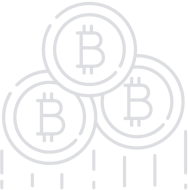 Jelurida is developing its next generation scalable blockchain platform – Ardor, currently running on a testnet. The unique design of this platform allows the simultaneous existence of multiple blockchains, known as child chains, with many features and with their security guaranteed on a global level by the parent Ardor chain. The first child chain of Ardor will be the Ignis child chain which will use IGNIS tokens for its operation. All existing and well tested Nxt blockchain features will be available on the Ignis child chain, with multiple Ardor platform specific enhancements being added.

IGNIS and ARDR coins will be allocated to user accounts in the Ardor genesis block. Their distribution will be based on a one-time snapshot conducted over the Nxt blockchain (the "Ardor Genesis Snapshot"), to be performed shortly before the Ardor launch, as follows:
IGNIS distribution

The total amount of IGNIS coins issued will be equal to half of the amount of NXT coins existing on the Nxt blockchain at the time of the Ardor Genesis Snapshot, plus 500 M (five hundred million).

As already promised, approximately half of the IGNIS coins will be reserved and distributed automatically to the NXT holders based on their account balances at the time of the Ardor Genesis Snapshot, at 1 NXT = 0.5 IGNIS ratio.

From the remaining 500 M (five hundred million) IGNIS, 440 M (four hundred and forty million) will be offered to the general public in a crowdsale (ICO), and 60 M (sixty million) will be kept by Jelurida. The funds raised during the IGNIS token sale will be used for the further development, maintenance, advancement and world-wide promotion of the Nxt and Ardor blockchain platforms, as well as protecting the intellectual property of the code base.

The Jelurida team is now happy to announce that the legal, technical and organizational preparations for the IGNIS ICO are entering their final stage. The ICO will start on August 5, 2017.

The token sale itself will be conducted on the Nxt blockchain platform. A "controllable currency" called JLRDA will be issued and offered for sale in five consecutive rounds. The price of the JLRDA tokens will be denominated in NXT and will increase at each round. Each round will last one week and there will be at least a one week break between subsequent rounds. The dates, prices, and amounts of JLRDA tokens to be offered for sale will be as follows:

For 1 JLRDA token the participants in the ICO will receive 1 IGNIS coin at the time of the Ardor Genesis Snapshot.

The last batch of 100 M JLRDA tokens will be reduced by up to 20 M tokens allocated by Jelurida for promotional and marketing use. Jelurida will keep as NXT 20% (but not more than 40 M NXT) of the NXT coins collected in the crowdsale. Jelurida will convert the rest of the collected NXT to fiat or BTC, but reserves the right to do so in portions, or at a later time depending on market conditions, and in general in a way that will maximize the amount of funding the company will eventually receive when converted to fiat currencies.

In case any batch is sold out before the end of the designated time frame, the next round will still start as scheduled and will not be moved earlier.

If any batch is not sold completely at the end of the designated time frame, the remaining unsold JLRDA tokens will be added to the next batch. If not all of the JLRDA tokens are sold by the end of the last batch, Jelurida reserves the right to decide what to do with the unsold amount depending on the outcome of the crowdsale.